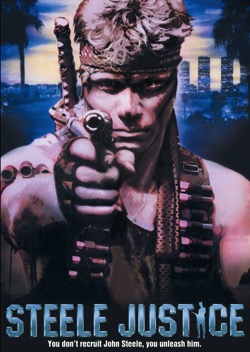 You don’t recruit John Steele. You unleash him. 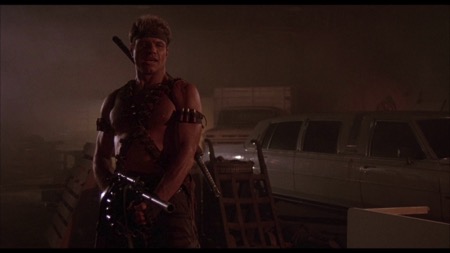 I like to think I have seen most of the ‘bigger’ 80’s American cop/vigilante action films. You know, Cobra and everything in its wake. So how the hell did I miss Steele Justice? Well it turns out this film has languished in VHS-land until this year when Kino Lobber rescued it and put it on DVD and Blu-ray (the print looks great by the way) and I guess I just missed the video back in the rental days. I’m not even sure if it had cinema release out here in Australia.

It’s 1975 and John Steele (Martin Kove) is a soldier in the Vietnam War. The first shot of the film is Steele, standing on the back of a hovercraft holding a machine gun. I knew instantly this film would be 90 minutes of awesome. Sometimes you just know. Anyway, along with his fellow soldier Lee (Robert Kim), Steele gets double-crossed on a mission by General Kwan (Soon-Tek Oh, seemingly promoted from Colonel since his similar role in Missing in Action II). Kwan laid booby traps that involved hand grenades attached to rats. That is the most creative booby trap I think I’ve ever seen. Both shot by Kwan but not out, Steele hits back shortly after by throwing a knife into Kwan’s chest - that doesn’t kill him! Steele and his team escape, but Kwan promises he will get his revenge.

Jump forward to “now” (that is, 1987) and Steele is a disgraced cop-come-truck driver. After making an arse of himself and getting arrested, he’s bailed out by old friend Lee who now heads up the Asian Crime Task Force, particularly focused on the increasing problem in the area with - yup, you guessed it - Vietnamese crime gangs. The gang, lead by Kwan’s son Pham (Peter Kwong) kills Lee and his wife in an explosive and over the top display to which Steele takes personal offence to. His focus now is to revenge Lee, find out who is behind the gang (I totally spoiled that bit in the previous sentence, but you could work it out) and take them out in.. well I certainly won’t spoil the brilliant few end scenes for you. You’ll be satisfied. But I will say that he drives his truck into the middle of a pool hall straight through the window. 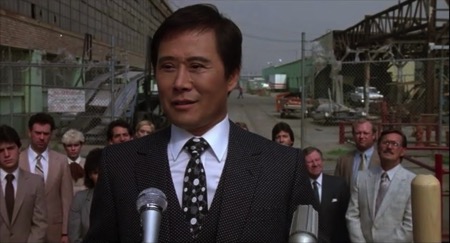 Steele Justice is ten kinds of awesome. I had so much fun with it, and it begs the question - why wasn’t Martin Kove in more action hero films? He obviously acquitted himself in his roles in Rambo: First Blood Part II and The Karate Kid series but then he went to lower-budget action films like Shadowchaser, Judge and Jury and Shootfighter. He was certainly prolific and is a joy to watch in these films, but I think there was a missed opportunity after Steele Justice in not expanding this franchise Death Wish style, or giving Kove other lead action hero roles. Kove even managed to pull a few lines, the best ripping on Predator’s “Knock Knock” *boom* with “Good Morning!” *bang*.

Much of the fun in the film comes with the little added extras that make you go ‘huh?’. Lee’s daughter has a noticeable lisp. In the bar Steele frequents, there is a midget cowboy. Soon-Tek Oh in what I can only assume is a purple floral dress. Kove even added little eccentricities to enhance his character, like his pet snake he wears as a scarf during AND after the war (why?!) and a brilliant scene where he creeps through the pot plants in the mall just like he did in the Vietnam jungle. The music to the film is also top notch and there’s even a music video featuring aerobics being filmed within the movie that get’s blown to shit by Al Leong’s machine gun gang in their black . Just awesome. 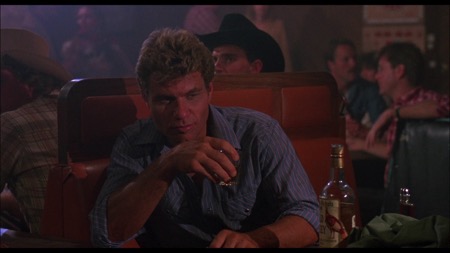 The role call for Steele Justice kept me smiling and waving my invisible Go Team flag. First Soon-Tek Oh shows up, then I got a face full of Chief Ronny Cox, or rather Chief Bennett! I think he might even be wearing the same detective’s jacket he wore in One Man Force! He’s a bit more restrained here, similar to Beverly Hills Cop, and less like his excitable Dick Jones in Robocop. And who else do I spy but Bernie Casey (Under Siege, Another 48 Hours) as Detective Reese! His role is minor but provides the middle-ground between Bennett and Steele, and allows for Steele’s prison break to exact his final revenge on Kwan.

And did I mention Al “That Guy” Leong yet? He makes TWO appearances and even speaks once! That’s gotta be a record outside of Bill & Ted. It’s always the mark of great action with Al shows up, as I have mentioned in previous reviews he is in. Man I love that guy. He rocks the skullet hair and could give two shits what you think. Machine gun sprays aplenty when Al is on screen.

Director Robert Boris hasn’t directed much, but he appears to be an adept writer with credits including minor action films like Extreme Justice (with Lou Diamond Phillips) and Diplomatic Siege (starring Peter Weller). He did a great job capturing the fast-paced action of the film, and as writer on it as well has delivered a script that is all killer no filler. Steele rarely takes a break and there is very little in the way of slowdown. Honestly, I can’t really fault this film. It has everything an explosive action fan like me wants: guns, car chases, Asian gangs, sword fights, a bazooka, Al Leong, aerobics, weapons preparation montage, coke deals in a warehouse... Actually hold that - at no point did Steele visit a titty bar. I better dock half a point off for that. 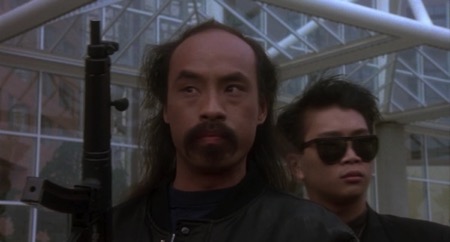 This may be a spoiler so stop reading if you don’t want to know, but the best part by far is Steele’s glorious entrance into the coke warehouse on an armoured vehicle with a roof mounted minigun. Devastating!